Growing up I played a lot of games. I tried to play anything I could get my hands on and beat them to the best of my ability, it didn’t always WORK but you couldn’t blame me for a lack of effort. The weird thing is that for as much as I played those games, even when I was at a slightly older age, I find myself having trouble remembering anything from most of them. This includes Spyro the Dragon.

Even though I don’t remember his games too much, I still had a ton of love and admiration for the little dragon. They brought me a lot of joy and entertainment when I was a kid so when I saw he was getting the same treatment as Crash Bandicoot by getting a new trilogy, I was stoked. Crash was a character I was far more familiar and attached to but I always figured Spyro was owed a remake after….this. 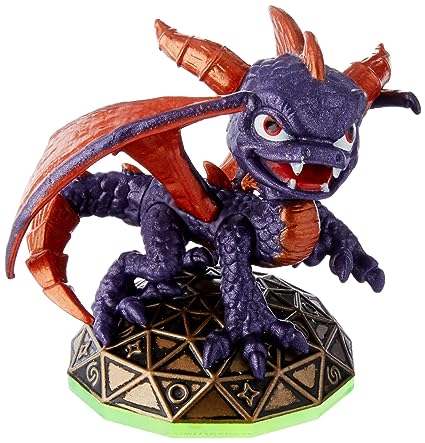 It took me a few months to actually get to the trilogy but after playing AND 100%ing each game in the trilogy I can proudly say this.

It’s fun…but there are issues.

Now, don’t get me wrong. By and large, these are all really solid platformers with a great amount of content between them. You’re going to be getting WELL over 20 hours of gameplay from this package. What I mean is that while these games are good remakes of the originals…they still carry over many of the aged mechanics from those original titles. For every bit of polish and brilliance, this collection has there’s always a glitch or quirk or even design flaw that slightly holds it back.

Before I get into the nitty-gritty of each game though I want to talk about some stuff they all share. First off the game is absolutely gorgeous. ALL of the environments are filled to the brim with color and detail and they’re all fun to explore and mess around in. Honestly, the presentation as a whole is fantastic. The music sounds wonderful and faithful to the original compositions, the voice acting is fitting and fun to listen to, it’s all great stuff. The game feels great to play as well….when it’s just normal platforming. When the game forces you forego walking or control a vehicle the game loses A LOT of its tightness and it feels off in a major way as you lose that feeling of precision….ESPECIALLY IN THOSE GODFORSAKEN FLYING STAGES.

No seriously. They all suck. All of them. In all 3 games, they were annoying to interact with. Many of the goals and objectives were placed in positions that made each level more time consuming than they needed to be and THEN in 2 and 3 you had to find a hidden objective in each stage. I hated them, I hated them so much.

The game also has weird issues with collision at times and you can often find yourself hitting a wall while flying when you could have easily passed them. There are a lot more things to be said in terms of complaints but let’s save that for a bit and talk about the games themselves.

This is the first game is the collection and that’s great since it’s the first entry in the series.

Spyro 1 is probably the most mechanically sound and pleasant game of the bunch but it’s also the least interesting. It’s as easy as easy can get and there aren’t too many collectibles that are super well hidden but there are a few that require some precise timing and mastery to reach them and those were fun to get. The main objective in this game is to save all of the dragons that got crystallized by the villain of the game, Gnasty Gnorc. This game actually features my favorite new addition in the entire trilogy and it’s that ALL of the dragons have a unique design and voice, giving them a ton of personality and charm. In the original game pretty much all of the dragons looked and sounded the same, mostly due to hardware limitations which is understandable but a man can only hear “Thank you for releasing me!” by the same guy so many times before he snaps.

Overall while it’s not the most challenging game you’ll ever play, hell the final boss is an absolute joke, it’s a very relaxing experience and well worth the short amount of time it takes to complete.

I feel like this is THE Spyro game everyone knows. It’s the one of the games I played the most growing up and it introduced almost every staple mechanic the series is known for like the mid-air flap that gives you a small boost after flying and the ground pound that lefts you destroy certain chests and obstacles. It’s also a massive improvement in every way to the first game with bigger levels, variety of gameplay, NPC’s with fun missions, catchy and memorable music, it’s a very beefy game with a lot to do. It also gave me my boy.

It features some of the best levels in the entire set as each world is brimming with personality and charm with varying level themes and music. My favorite touch was that each world had its own opening and closing movie and that just made each world feel more memorable. The collectibles this time around are the talismans from each world and the green orbs. You get the talismans by just beating the level but you have to earn the orbs by either finding them hidden in each stage or by completing missions given to you by NPC’s. I like this a lot more since it makes the worlds much more alive.

The game also has an ACTUAL final boss this time! And it’s actually fun and somewhat challenging.

All in all I loved Spyro 2. I mean don’t get me wrong it has some rough spots. Not every mission is a slam dunk as some require you to wait around for a computer to move around the stage and again…the flying stages, but it doesn’t change the fact that this is a very good sequel.

So how do you top such a fun game? That’s easy!

Spyro: Year of the Dragon

Let me start by saying that the game itself is fine. It has some fun levels, beautiful environments, great music blah blah blah yes we know the game is good that’s great but dude….I didn’t enjoy my time here that much. Spyro 3 is kind of a mess in terms of design and, in this collection at least, is home to the majority of the Reignited Trilogy’s issues. The platforming focused levels are fun enough but this game also hosts the highest amount of vehicle segments in the collection and they ALL feel terrible. They’re either too loose or too heavy and they make the challenges far more difficult than they need to be, they really do feel a few generations behind in terms of control.

The animal buddies also aren’t that much fun to play as. Spyro 3 features 5 extra playable characters. Sheila, Sgt.Byrd, Bentley, Agent 9, and Sparx. Sheila, who is a kangaroo, has the most stages out of this group and they’re probably the best ones. She controls similar enough to Spyro and have a decent amount of size to have some fun with exploration. Sgt.Byrd’s are okay as well..kind of. I mean you only have like 4 stages which is pretty lame.

All of his stages have this weird up close camera and you can barely see anything since the dude is built like a tank. His ice club also has a wonky hitbox so you’ll be lucky to ever hit someone without getting hit first. His stages aren’t even fun to explore as they’re more or less corridor based. This big furry loser blows.

Agent 9 doesn’t fare much better but at least he moves fast. All I have to say about him is that his aiming is too slippery and imprecise. Sparx is the last character and it’s just a horde shooter. They’re fine. Playing all of these stages rewards you with a dragon egg, this games collectible and there are SO MANY OF THEM. LIKE 150. The game keeps the same mission-based format that the last game had but instead of it feeling like an improvment..it just makes the game feel a tad bloated in my opinion. Nothing in this game was as fun or engaging as Spyro 2.

Out of the trio, this was the game I got the most annoyed with and I WOULDN’T recommend completing it unless you have a crazy amount of patience.

Overall, while I enjoyed my time with this trilogy of games, they definitely started to wear out their welcome near the end. I would personally just recommend the first two games on this collection since they’re the most solid overall but really, if you’re just looking to play them like a normal person, they’re all great. It’s a little unpolished at times and these games have definitely shown their age, but they’re all still a great time.

I never want to see this dude again for as long as I live.

One response to “Review-Spyro Reignited Trilogy”